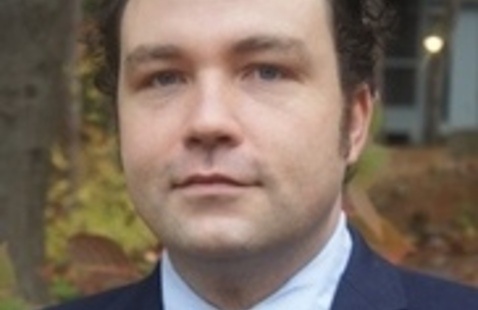 On April 8 at 4pm, the Forum on Constitutionalism and Democracy will host Alexander S. Duff, Assistant Professor of Political Science at the University of North Texas, who will deliver a Zoom lecture entitled “What We Talk About When We Talk About Political Speech.”

Contemporary questions about the place of speech in our common life are sometimes articulated as though speech is violence and therefore violence is speech. But almost from the very beginning of our reflection on political life in the West—when we first employed such terms as “democracy,” “oligarchy,” and “politics” to name our associations—the distinction between speech and violence or power was central to understanding the full breadth and weight of our common life together. In this talk, drawing especially on Aristotle’s treatise, THE ART OF RHETORIC, I explore the opinion that political speech is power, arriving at the position that this is a hollow claim, but then I reason through why it appears to be or to have power, and offer the conjecture that the root of its power is the capacity both to say what is and to say what is not, or to present and to misrepresent reality itself. Advance registration is required for this event.  Click here to register.

Alexander S. Duff was educated in the humanities and history at Carleton University, Ottawa, and received his Ph.D. from the Department of Political Science at the University of Notre Dame, Indiana. He is Assistant Professor of Political Science at the University of North Texas, and has held fellowships from the Tocqueville Program for Inquiry into Religion and American Public Life at the University of Notre Dame and from the Program for the Study of the Western Heritage at Boston College. He has held teaching positions at Boston College, Skidmore College, and the College of the Holy Cross.  He writes widely in the history of political philosophy; his first book was published by Cambridge University Press, and his articles on classical, modern, and contemporary political philosophy have appeared in the Journal of Politics, the Review of Metaphysics, and other scholarly and popular publications.

The Forum on Constitutionalism and Democracy at SUNY Geneseo was established in 2019 by Professors Carly Herold and Aaron Herold to establish programming, and to foster campus conversations, about civic education and liberal democracy.  The Forum is supported by a grant from the Jack Miller Center for Teaching America’s Founding Principles and History.