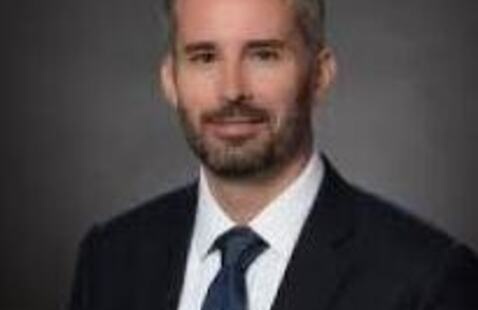 On March 31 at 4pm, the Forum on Constitutionalism and Democracy will host Gregory McBrayer, Associate Professor of Political Science at Ashland University, who will deliver a Zoom lecture entitled “Against Sophisticated Cynicism: Socrates’ Philosophic Defense of Morality.” How can a society revive justice when its moral foundations have been shaken by cynicism, sophistry, and the weakening of traditional religious belief? McBrayer will address this question, arguing that Plato’s Socrates gives us a blueprint for thinking through some of the toughest moral and political questions of our own day. Advance registration is required for this event. Click here to register.

Plato’s Republic presents us with young people whose worldviews have been shaped by sophisticated, cynical intellectuals. The generation of Athenian young people depicted in that work is far removed from “Greatest Generation”—the generation that fought at Marathon, the generation of outstanding traditional civic virtue. These are the children or grandchildren of those men, and their city has become a commercially powerful world empire. Their situation is not unlike our own, in the United States in 2022, a nation far removed from the sacrifices of World War II that defended civilization and created a global superpower. Book 1 of the Republic shows how and perhaps why traditional morality has ceased to have a hold on the most promising youths and what a philosophic defense of morality might look like.

Gregory McBrayer is Associate Professor of Political Science and Director of the University Core Curriculum at Ashland University, where he is also Assistant Director of the Ashbrook Scholar Program and the Director of Citizens Programs at the Ashbrook Center. He has a Ph.D.. from the University of Maryland, an M.A. from the University of Georgia, and a B.A. from Emory University. He teaches courses on political philosophy and international relations, and has held previous appointments at Morehead State University, Emory University, and Gettysburg College. He has published articles on ancient political thought (Plato, Aristotle, Thucydides, and Xenophon), the Quran, the sociology of religion, and liberal education. His work has appeared in Interpretation: A Journal of Political Philosophy and Kentron: Revue Pluridisciplinaire du Monde Antique, and he has written reviews for Interpretation, The Journal for Hellenic Studies, The American Journal of Islamic Social Science, and Political Science Quarterly. He is the author (with Mary Nichols and Denise Schaeffer) of Plato’s Euthydemus (Focus, 2011) and is the editor of Xenophon: The Shorter Writings (Cornell, 2018). In addition, he has published cultural commentary in popular venues such as The Bulwark and Athwart, is the executive producer of The American Idea (a podcast exploring America’s founding principles and their effects on our history and government), and is the co-host of The New Thinkery: A Political Philosophy Podcast, which has been releasing new episodes weekly since July 2020.

The Forum on Constitutionalism and Democracy at SUNY Geneseo was established in 2019 by Professors Carly Herold and Aaron Herold to establish programming, and to foster campus conversations, about civic education and liberal democracy. The Forum is supported by a grant from the Jack Miller Center for Teaching America’s Founding Principles and History.