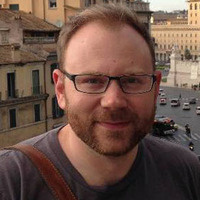 Is Conflict With China Inevitable? What Thucydides Can Teach Us.

Over the past few years, relations between the United States and China have been marked by sharp and growing tensions—tensions that may threaten to further unravel the foundations of the post-Cold War international order.  To some such as Graham Allison, the specter of a rising power challenging an established hegemon presents a dangerously unstable situation, one that has led to conflict more often than not throughout history, and one whose dangers were first captured in Thucydides’ famous formulation that the growth of Athenian power and the fear it inspired in Sparta made the Peloponnesian War inevitable.  Are the U.S. and China, then, “destined for war”?  Working at the intersection of International Relations and Greek Political Thought, Seth Jaffe will draw on his original interpretation of Thucydides’ account of the causes of the Peloponnesian War to explore arguments surrounding the ‘inevitability’ of conflict between the United States and China.  Advance registration is required for this event.  Click here to register.

Seth N. Jaffe is Assistant Professor of Political Science and International Affairs at John Cabot University in Rome. He received his B.A. from Bowdoin College, his M.Sc. from the London School of Economics, and his Ph.D. from the University of Toronto, where he was the inaugural Bloom Fellow in Classical Thought. Jaffe has taught at Bowdoin College and the University of Toronto and is the author of Thucydides on the Outbreak of War: Character and Contest (Oxford University Press 2017).

The Forum on Constitutionalism and Democracy at SUNY Geneseo was established in 2019 by Professors Carly Herold and Aaron Herold to establish programming and foster campus conversations about civic education and liberal democracy.  The Forum is supported by a grant from the Jack Miller Center for Teaching America’s Founding Principles and History.

You're not going yet!

Buy Tickets
This event content is powered by the Localist Community Event Platform.