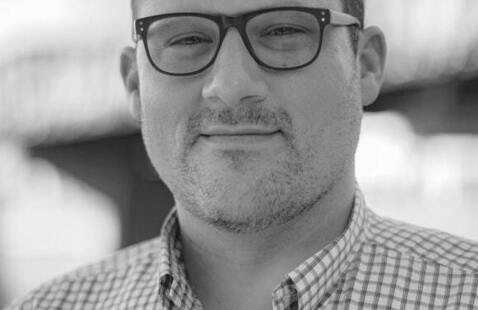 Nicholas Buccola, Elizabeth & Morris Glicksman Chair in Political Science at Linfield College, will be delivering the inaugural lecture in a series of events hosted by the Forum on Constitutionalism and Democracy.  Buccola’s talk will be based on his book The Fire Is upon Us: James Baldwin, William F. Buckley Jr., and the Debate over Race in America (Princeton University Press, 2019).  A Zoom link to the talk has been distributed to the campus community via email.  Interested members of the public should email herold@geneseo.edu.

On February 18, 1965, an overflowing crowd packed the Cambridge Union in Cambridge, England, to witness a historic televised debate between James Baldwin, the leading literary voice of the civil rights movement, and William F. Buckley Jr., a fierce critic of the movement and America’s most influential conservative intellectual. The topic was “the American dream is at the expense of the American Negro,” and no one who has seen the debate can soon forget it. Nicholas Buccola’s The Fire Is upon Us is the first book to tell the full story of the event, the radically different paths that led Baldwin and Buckley to it, the controversies that followed, and how the debate and the decades-long clash between the men continues to illuminate America’s racial divide today.

Buccola’s book was recently named to Phi Beta Kappa’s 2020 Book Awards Shortlist, and has received accolades from The New York Times Book Review, The Wall Street Journal, The Atlantic, The Boston Review, The Los Angeles Review of Books, and from Whoopie Goldberg on The View.  For more information, see https://press.princeton.edu/our-authors/buccola-nicholas.

A writer, lecturer, and teacher who specializes in the area of American political thought, Nicholas Buccola is also the author of The Political Thought of Frederick Douglass: In Pursuit of American Liberty (New York University Press, 2012). He is the editor of The Essential Douglass: Writings and Speeches (Hackett, 2016) and Abraham Lincoln and Liberal Democracy (University Press of Kansas, 2016).  At Linfield College, he teaches courses in Political Theory and Public Law, coordinates the major in Law, Rights, and Justice, and the Founding Director of the Frederick Douglass Forum on Law, Rights, and Justice. He serves as the Book Review Editor of American Political Thought (Univ. of Chicago Press). His essays have appeared in scholarly journals including The Review of Politics and American Political Thought as well as popular outlets such as The New York Times, Salon, The Baltimore Sun, and Dissent.

The Forum on Constitutionalism and Democracy at SUNY Geneseo was established in 2019 by Professors Carly Herold and Aaron Herold to establish programming, and to foster campus conversations, about civic education and liberal democracy.  The Forum is supported by a grant from the Jack Miller Center for Teaching America’s Founding Principles and History.